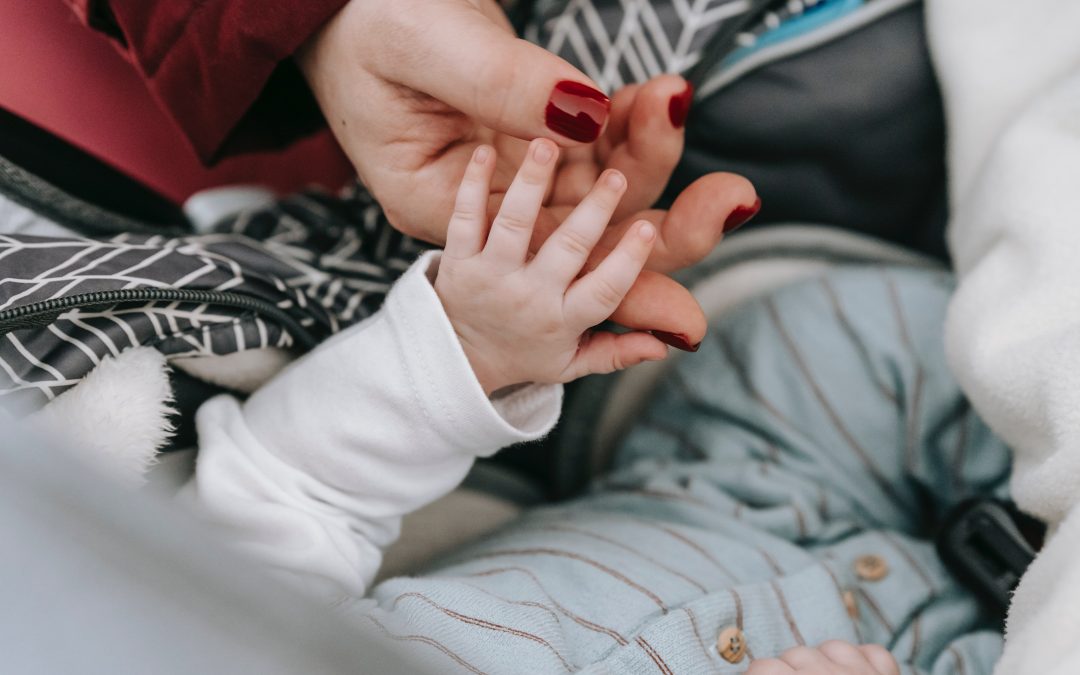 I am in a season where most of my friends are either pregnant or have recently had their babies. I’ve been enjoying this season, watching their hearts grow in love and excitement for their new baby. It’s been a joy to talk compare pregnancies and give advice and buy little baby gifts once again…but it’s also been a reminder of how lonely a new mom can feel. She’s surrounded by people who love her and love on her while she is carrying the baby and shortly after giving birth she is presented with meals and visitors and prayer emojis. But what happens when all that new excitement fades? Even family and friends with the best intentions pull away from the new mom in what they believe is a reason, or guise of, letting the new mom and new baby get to know each other.

They’re not wrong. That special bond between a mother and baby is beautiful and takes time to nurture. The weeks I spent with my newborns were among the most special of my life, but the weeks that followed were also among the loneliest. Everyone I knew suddenly got back into the “real world” while I was at home, still healing from the hospital experience and trying to figure out how to care for a baby who couldn’t understand that I was exhausted, in pain, and confused as to why nothing with a newborn seemed to hold sort of consistency. I was physically and mentally drained, drowning in post partum depression without anyone’s acknowledgment that post partum depression is common phenomenon.

I don’t want any of my friends to feel the way I felt during that time. I know it’s impossible to be readily available for them all the time, but I am trying to make it a priority to check in with the women in my life who are walking in that season of physical and mental exhaustion. I don’t care if they don’t text me back, as long as they know someone is on the other end of the text, ready and willing to pick up the phone should they need to talk or cry or need someone to DoorDash them ice cream or coffee. That’s what friends do.

But friends also share their hearts. I’ve been talking with one of my good friends about her post partum depression and how I had almost the exact same thoughts that she has been struggling with. This was her reply:

“I’ve been rereading what you wrote a lot, makes me cry sometimes because you put into words what I haven’t been able to explain or make sense of, but reading that does make me feel better and not too alone…or crazy.”

I’ve simply been sharing my heart:

“It will get better. That first month is just so hard, but you can do it. You might be exhausted, but it’s ok. It’s just a season. You got this!”

“I know how it feels. It takes a long time to get back into something resembling normalcy. You will get through it though. You will. But you’re going to feel all the feels and be ultra tired…and that’s ok.”

“Aw babe, hang in there! Leaving the house is definitely a turning point but if you can’t or it falls apart when you do, it’s ok! One thing at a time. I know it’s so hard.”

“Depression hangs on for a bit. It’s different for everyone but it took me a while to come out of it. Knowing that it’s common and that it’ll be a bit before you feel like yourself again helps a little. I’m glad you’re finding things to keep you busy! I think my biggest problem was that I wasn’t doing enough, but also couldn’t seem to get anything done. So I set unrealistic expectations for myself and then was frustrated when I couldn’t meet them.”

And sometimes, it’s important to share the things that are especially hard to share, or that you’ve never shared before:

“I think it’s safe to say I have officially reached a burnout. Baby’s been crying so much I start to get frustrated and want to walk away but at the same time I can’t. Sometimes I find myself really missing my life before baby and almost resenting that everything changed for me and no one else. I know that sounds selfish but I get these moments where all I want to do is something I want to do, not baby stuff. I didn’t think I would miss my pre-baby life this much but I really have been, especially when I’m super stressed.”

“I definitely felt that way. I was told it was ok to walk away for a few minutes to recollect as long as the baby is safe and doesn’t need anything…like if he was just crying to be crying. I also thought, ‘what if I just packed a bag and left?’ But obviously I never entertained that thought for long. I’d start freaking out about what would happen to the baby if I left and then what on earth would I even do or go and I wanted to be there with the baby, but the Woman inside was just so lost and wanted to reclaim her independence. It think it’s just so overwhelming because you are doing the best you can but your baby can’t express gratitude and no one knows how to help because it’s such an emotional and deeply personal season. You go from being autonomous to being a servant, so to speak. It’s very draining. And nobody talks about it because we’re all ashamed of feeling that way. But it doesn’t mean we don’t love our kids. It just means we have to try harder than some other people. And there’s no way on earth men can ever hope to understand that. But it gets better, I promise. The first 3 months are the hardest.”

All to say, don’t abandon your new mom friend because you think she needs “time alone with the baby.” Friend, that’s ALL she has right now. She wants you to know she’s Still Here, trying her best to feel like a normal person while also caring for a newborn. Text her. Call her. Send her a meal, drop off a coffee and a donut. Mail her cards and little care packages – people love getting mail even if no one loves sending it. Open your heart and talk about the things that are hard. Share your experiences because it might help her or someone else. If you don’t have a similar experience, borrow my words, I don’t care.