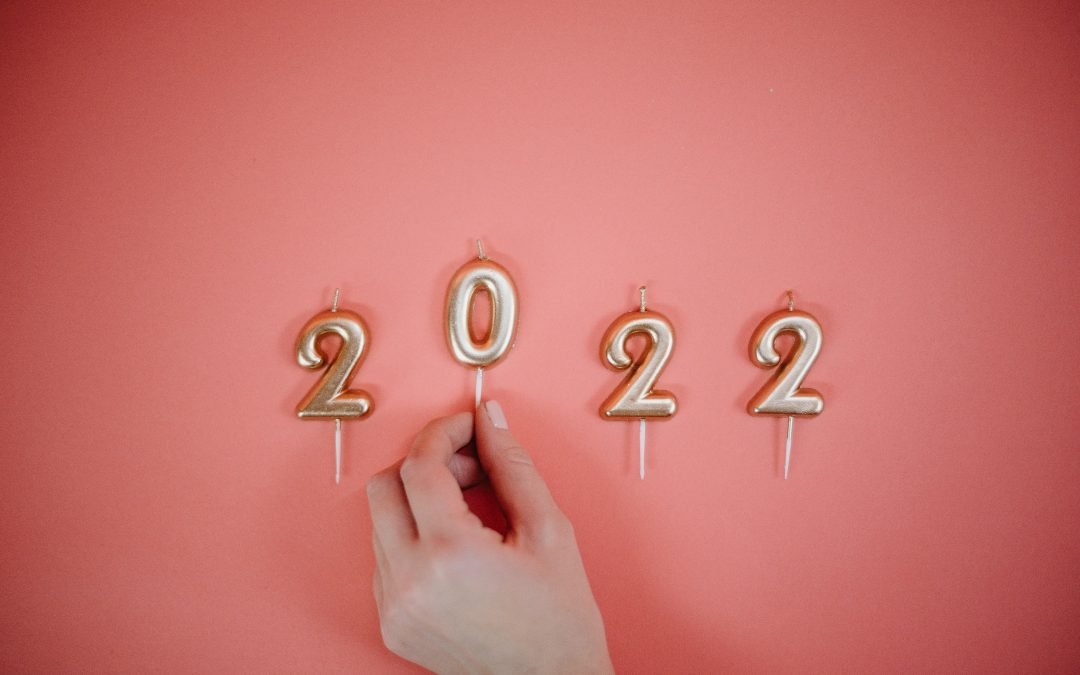 Somehow it’s already the second week of January. I tested positive for Covid on January 1st and spent the first week of the new year exhausted, sick, and isolated. Of course, in typically Type A, Meg personality, all I could think about was how far behind I was on all the things I had planned for 2022.

I’m not religious when it comes to making resolutions, but I had planned on beginning half-marathon training, cutting out sugar, and ramping up my health for the coming year. Instead, I got stuck with Covid and back-slid down the goal totem pole. I spent my sick week binge-watching Buffy the Vampire Slayer (obviously) and eating all the leftover Christmas food.

It’s now 13 days into the new year as of this writing, and I spent the past four days running miles on the treadmill, lifting weights, eating actual planned meals, and trying to keep up with my devotional reading. I’m exhausted, physically, and a little mentally. I haven’t really had time to contemplate spiritual exhaustion but I’m probably there too. In my haste to “catch up” on the week where I was down, I might be going a little overboard trying to make up for lost time, because there’s little else I hate more than lost, unproductive time.

That’s what January does to us though, isn’t it? It makes us crazy. We assume that because it’s a new year and a new month and we spent an entire evening devoted to saying goodbye to the prior year that we have to accomplish great things within the early days of January otherwise our entire year will be off. It’s too much pressure. We’re so pressed to be perfect with new diets and new goals that we forget that we are the same people on January 1 as we were on December 31. The date doesn’t change us. Change never happens overnight. What is it about a new year that makes us so crazy that we buy into the belief that we’re somehow different at the stroke of midnight?

I decided at some point in December I wasn’t going to make a resolution, but pick out one multi-faceted goal for the year. I chose health. Stating the obvious here, but it’s been a rough couple of years for the planet. While I’ve tried to implement changes to guide my life towards better health, I want to take the time to really focus in on it this year. What does look like?

Physical health is obviously important to me. I want to set some physical goals and make them a priority this year. I am training for a half-marathon in May. I’m in a friendly competitive running group. I’ve decided to cross-train by looking up the various physical tests for women in the military and seeing if throughout the year I can meet their standards. I don’t expect change to happen tomorrow, but by setting smaller goals of strength and endurance – not pounds or inches lost – I am confident I’ll make successful strides toward my physical health.

Mental health is the backbone of my book and this blog. I’m confident in how I currently handle my mental health, but I also had a couple breakdowns in 2021 and I could’ve handled them better. One was on the scale of an existential crisis. The other was a very public panic attack while at dinner with a group of people who are not familiar with me and my mental health triggers. I don’t look to repeat either situation in 2022, but I know it’s inevitable that something will end up triggering my anxiety. How can I work on preparing myself for that? What are some exit strategies? Luckily I have a dear friend who was willing to hash out some finer details with me after the dinner experience, so I am semi-confident that I’ll be able to handle another public attack. As for the existential crisis, that leads me into my third and final health-centered goal for the year.

Spiritual health is something that is generally neglected even by people with the best intentions. Every year I attend a women’s conference called Thrive and expect great things from it, but what if I entered 2022 expecting great things from God right away…instead of waiting for the conference? It seems simple, but it’s not. The anticipation of that event is great, but it’s really an excuse for me to not show up for my spiritual disciplines until almost one quarter of the year is already underway. But what if today I decided to show up for quiet time with my God and expected Him to show up too? What if I kept a standing appointment with Him and studied His word and prayed consistently? I bet I’d see myself change. I know He’d show up. I also know it’s easy to write this and easy to read it and for some reason it’s harder to fulfill. It’s almost like we – or I – expect to fail at some point during the year, at which time we’ll throw up our hands and experience that afore mentioned existential crisis…but what if daily communication with our God is what prevents the breakdowns?

I don’t expect instant success from my Year of Health, but I’m setting myself up for success by refusing to believe that I will fail. In a convoluted way it’s taking that “new year, new you” pressure away from January. I can succeed. I have 12 months in which to succeed and grow and become a better person from whatever life throws at me this year. I’m not really behind because I didn’t start until January 10th. I’m right on time, because I started when I was able. I started at a place and time where I had the strength (and physical well-being) to carry forward. Hopefully on days where I don’t feel quite as strong I’ll have some momentum built up to carry me onward.

And that, my friends, is what’s going on with me. And sorry (not sorry), but I have Taylor Swift’s song “22” stuck in my head as the theme song of this year, for a few reasons, but mostly because it’s 2022.

I’m feelin’ that it’s going to be a good year.