How I Survived Post-Partum Depression 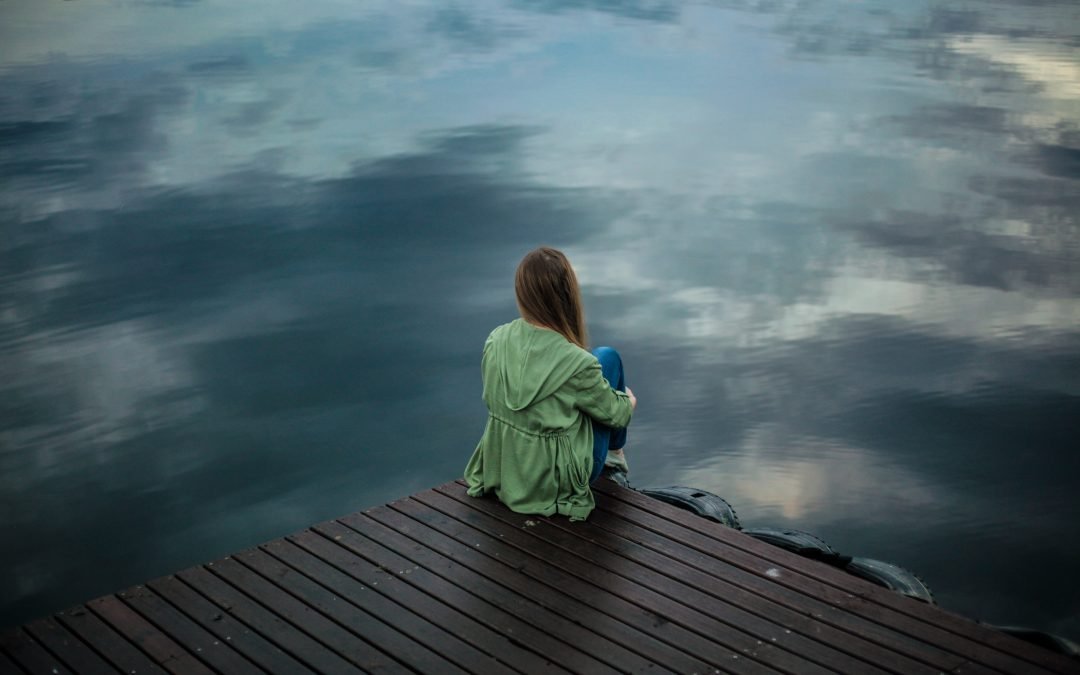 Let’s start by talking about the difference between the “baby blues” and postpartum depression. The baby blues are mild mood changes and feelings of worry, unhappiness, and exhaustion that may occur in the first couple of weeks after having a baby. These feelings are normal and expected. If these feelings become severe or last longer than 2 weeks, they are considered post-partum depression. According to the Mayo Clinic, PPD symptoms include severe mood swings, excessive crying, difficulty bonding with the baby, withdrawing from family and friends, change in appetite, change in sleeping patterns (too little or too much), overwhelming fatigue/energy loss, fear that you’re not a good mother, feelings of hopelessness, shame, inadequacy, anxiety and panic attacks, recurrent thoughts of death or suicide. Untreated, PPD may last for months.

I can almost check all the boxes on that list, with a special emphasis on “untreated, PPD may last for months.”

Looking back, I know that I have struggled with anxiety my entire life, but it took PPD for me to take anxiety seriously and to start consciously working on my mental health.

I did not see a doctor for my PPD. I saw her for a physical check up and we discussed anxiety, as I mentioned in a prior post. But I never spoke to a health professional about PPD. I realize now that was a mistake, especially knowing how deep I was dragged into the pit of depression. It was very scary, and there’s so much shame associated with mental health and depression, so I didn’t talk about it with anyone. But I will say that if you know someone who just had a baby, please check on her. Encourage her to speak to her doctor if she is struggling. If this is you, please don’t wait. Don’t be like me.

With that being said, what follows is a list of things that helped me cope with my depression. I’d like to emphasis that I am not a health professional. I truly believe my journey through depression would have been a lot shorter if I had sought help instead of trying to walk alone. But since I’m stubborn and a control freak, I fought this battle on my own and on my own terms. These are the things that helped me feel normal and if they helped me, maybe one or two of them can help you as well. I’ve also found that a lot of these things also helped me manage my anxiety, which became my focus once I was out of the fog of depression.

If you’re not familiar the timeline of the MCU or with Iron Man, a decent-sized sub-plot of Iron Man 3 is Tony Stark/Iron Man’s battle with PTSD. In the events prior to this movie, he willingly offered to sacrifice himself to save NYC by taking a missile into a wormhole in space…and is miraculously saved at the last minute. In Iron Man 3, we see Tony exhibiting signs of PTSD and anxiety through panic attacks, insomnia, obsession, and withdrawal from his relationships. It’s not a perfect example of mental health, but it was relatable enough for me to find camaraderie in Tony. Perhaps it’s cheesy, but it helped me to see a superhero deal with anxiety. It helped to know that even just for the duration of the film, there was an example of someone who was supposed to be strong enough to save the world, but was still human, dealing with human emotions and side effects from trauma. Not even superheroes are exempt from anxiety.

Captain Marvel was also therapeutic. Again, if you’re not familiar with the plot, Captain Marvel – whose real name is Carol – spends the movie coming to terms with the identity and relationships she lost when she gained her powers. She doesn’t remember her life before that moment, and as secrets are revealed through the film, she embraces her identity and finally stands firm in who she is and what she believes in. Flash-back sequences show us that she had a tough life – she was surrounded by male figures who were always telling her she wasn’t good enough because she was a girl and considered weak. To watch her finally stand up to the man who lied to her for so many years and kick his butt is the ultimate girl-power message: Just because you lose sight of who you are doesn’t mean you can’t find yourself again. Just because someone else tells you you’re weak doesn’t make it true. Just because you’re bullied doesn’t mean you can’t end the cycle and stand up for what’s right or for those who are weaker than you. And that’s my Ted Talk on why Captain Marvel is better than Wonder Woman.  Don’t hate me in the comments later.

I had always been curious about The X Files as I never watched it as a teen, so I decided to give it a chance. This show wasn’t necessarily relatable or therapeutic, but it was an escape. It was so nice to worry about nothing but aliens or supernatural creatures for an hour. It was so funny to watch a show made in the mid-nineties and laugh at the outdated technology, haircuts, and outfits. Ultimately, the best part of the show is the chemistry between Mulder and Scully. I am currently on the 8th season of the show, and have been for over a year because it’s terribly difficult to watch it with the new cast members. But it holds a special place in my heart for transporting me to a world where anxiety and depression were not my biggest problems…aliens were.

Even if you’ve never seen an episode of Fixer Upper, chances are you’ve heard of Chip and Joanna Gaines. This show was truly relaxing. It was calming, funny, entertaining, down to earth, and positive. I’ve learned so much from the Gaines’ that it might end up being its own post. But the biggest thing I learned from them is how to be a family, how to put your kids first, not because you have to, but because you get to. Through watching their interactions with their kids and reading their books, I was given a new perspective. I learned how to talk to my children. How to be patient with them. How to love them. How to enjoy the small, present moments in their lives. I learned that everything is new to a child and they have such appetites for learning and wonder. I credit Fixer Upper with being a life preserver in those darker days. I know this sounds extreme and slighty cheesy, but when you’re stuck in darkness like depression, any ray of sunshine is welcome. Fixer Upper was the light that broke through and the light that lingered. And I will be forever grateful for being able to stream those episodes.

Books: The Bell Jar and The Anxiety and Phobia Workbook

I chose an ironic time to read Sylvia Plath’s The Bell Jar, but I’m so glad that I did. I didn’t know that much about the book, only that it’s author eventually took her own life…so I’m not really sure what I was thinking when I picked up my library copy, except that I found companionship in witnessing someone else struggle with depression. If you’ve not read the book and are in a good head space to do so, I do recommend it. The description of depression coming over the protagonist like a bell jar is the most accurate depiction of the feeling I’ve found to date. It’s always nice to know you’re not alone. It’s comforting when someone else can put into words what you are feeling, and that’s what The Bell Jar did for me.

After speaking with my doctor about anxiety, I purchased a book called The Anxiety and Phobia Workbook by Edmund J. Bourne, PhD. I also started doing a lot of internet research on anxiety and depression. I felt that the more I knew from a medical/health standpoint, the more power I would have over my feelings because I could understand why I was experiencing these things. This was more toward the end of the PPD and into the beginning of the journey with anxiety. It helped with the transition and jump-started my conscious efforts to manage my mental health.

One: I got a cat. In my research, I found that animal companionship was paramount to people with depression and anxiety. Unfortunately, I am allergic to cats, so I researched “hypoallergenic” breeds. There really isn’t any such thing, but some breeds are better than others (it has to due with an enzyme in a cat’s saliva). I picked out my beautiful Blue Russian cat from the shelter pictures online, knowing that I was going to take her home even though I told Jake we were just going to “look”. We named her Hela, after the character in Thor: Ragnarok, which is the goddess of death. So you can kind of tell where my headspace was during this time based on these types of decisions. Hela was the best cat. I loved her dearly. Unfortunately, my dad is super allergic to cats and had a terrible serious reaction to her when he came to visit, so in the end, Hela went to live with another family. But if I can be so carefree to say, she served her life’s purpose well: she helped me transition from depression to anxiety management. And because of that, she will always have a special place in my heart.

Two: Reflective journaling, poetry, writing stories – I turned to my creative outlet to let myself feel the emotions and explore the murkiness of depression. Naming the darkness and giving it another form on paper was a way of releasing it. I’m a very visual person. Sometimes I don’t know what I think until I write it down, and that was one way I managed my depression. I wrote it down and stared at it. Sometimes it stared back, and sometimes it just stayed there on the paper and let me leave it there.

I cried a lot at church. I surrendered so much to God and had lots of conversations with Him during this time. He helped me by putting people into my life that were also dealing with anxiety. My friendship with a high school friend took itself to a whole new level. She acted as my sounding board in those early days, listening to me talk through my emotions and feelings and – as she has dealt with depression and anxiety for longer than I had – offered her wisdom and practical tips for coping. Most of all, she gave me permission to be where I was without demanding that I change. While it’s important to take steps toward healing and to seek help, some days it’s all you can do to get out of bed, let alone anything else. She let me know she was there for it all: the days when I had strength to work on my mental health and the days when I didn’t.

I opened myself up to receive God’s love and assurance in who He was and is. Knowing that God is constant, never-ending, never-changing, all-knowing, and all-powerful meant I didn’t have to be anything but awake. I could abide in His presence and know that I was loved, cherished, and cared for. He wasn’t going to leave me because I was working through brokenness, He promised to come into the brokenness to lift me out of it.