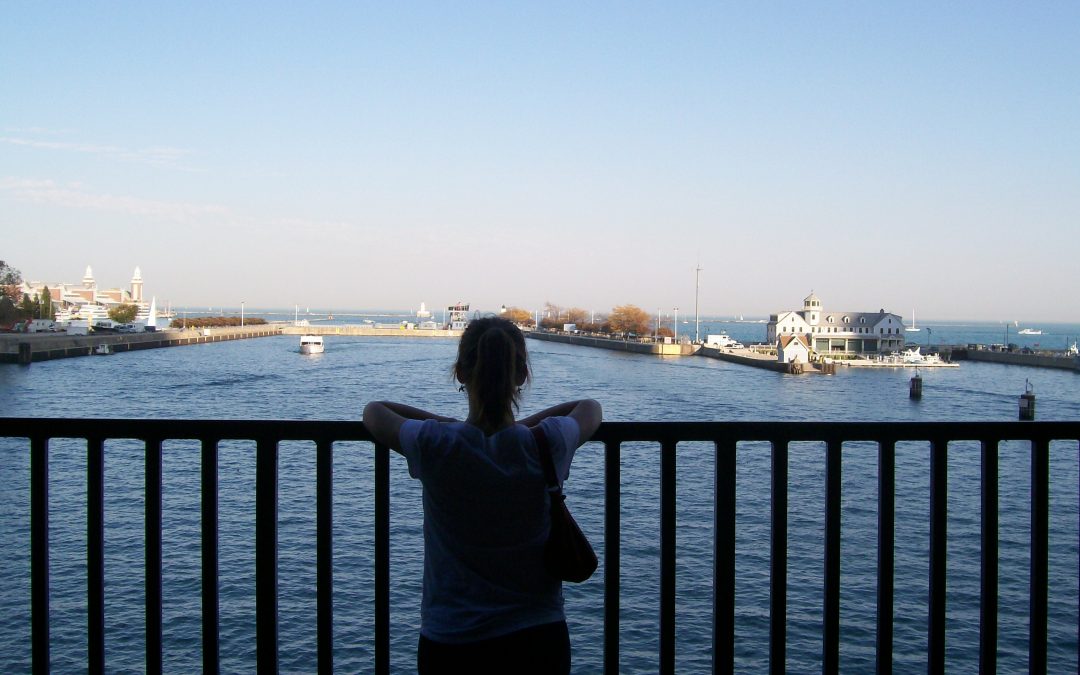 On Monday you turn thirty-two. THIRTY-TWO.

You’ve had some new thoughts since the letter written on your 30th birthday:

You have five gray hairs. Yes, you’re keeping track. You’ve given up on the idea of dyeing your hair because you’ve leaned into the boho, wild-woman aesthetic of aging. You now hope to possess long, flowy gray locks when you turn sixty. That, and you’ve despaired that anyone will ever be able to match your natural color. Also, you got bored earlier this month and gave yourself bangs even though you swore you’d never go back, but you’re also kind of rocking them, so…it’s a win.

You’re a minimalist now. Congratulations. You didn’t get a certificate for this because it would add to the clutter.

You’re a published author. TBD on how that turns out, but so far, you can’t complain. You take heart in the fact that your favorite novelist wasn’t published until she was thirty, so you’re only two years fashionably late to the party.

You spent a good chunk of your twenties living in fear. You spent the past two years learning to cope with anxiety. Ironically, 2020 was the year you finally felt Brave. Hold onto that. Remember that your heavenly Father has called you to a courageous life. You will step out of the boat and into obedience and it’ll be a tough road. But it’ll be worth it. Trust me.

In February of 2020, pre-pandemic life, you’ll attend a woman’s conference where you’ll feel the spirit of God moving and calling you to make several drastic life changes. Listen well, because those changes are some of the best choices you’ve made in the past couple of years.

You like running now. Outside. In the winter. Sorry. In fact, you’re planning on running 32 miles this weekend to commemorate your years on earth. Again, so sorry.

Your generalized anxiety will shift gears to social anxiety. You’re working through it. You’ve also gotten over yourself and sought out a therapist, who helped with some of the lingering issues caused by anxiety. You’ve realized that you probably should’ve gone through therapy a lot sooner, but c’est la vie.

You spent a ridiculous amount of time reading about how to raise goats even though you still live in a townhome and won’t realistically be moving to the countryside for a few more years. The heart wants what it wants, I guess.

You’ll be let go from your first office job due to circumstances beyond your control. You’ll freak out, but it’ll be okay. You’ll listen to Lauren Daigle’s new album so much you’ll have it memorized in a day. You’ll spend just over a month unemployed before landing a new job. You’ll be uncertain about said job, but then you’ll see how it all plays out for the better a few months later once the pandemic hits. You’ll remember that God sees the bigger picture and you should trust Him more.

You’ll study other religions for fun, but you’ll find that they fuel your passion for Jesus and ministry. Protect that fire. Let it burn. Find ways to spread that light and that mission. Give it to God and He will grow it into something bigger and better.

Taylor Swift will secretly release two new albums in 2020 and you’ll suddenly be a fan of hers again because she’ll finally be in your favorite genre.

Finally, to sum up, you’ll read a beautiful quote by Elizabeth Gilbert and you’ll cry. You’ll carry it around with you as a reminder of the goodness, faithfulness, and power of God:

“You are afraid of surrender because you don’t want to lose control. But you never had control; all you had was anxiety.”

Let it all go, Meg. Whatever it is that you’re holding onto today, let it go. Release it. Let it drop from your hands and shatter onto the floor. Don’t pick it up. Don’t stoop to clean the mess. Walk away and trust that God will fill your empty hands with something much better.